UN75
In 2020, the United Nations celebrated its 75th anniversary, while the United Nations Global Compact marked its 20th. Both anniversaries came at a time of unprecedented disruption and global transformation, serving as a stark reminder that international cooperation must be mobilized to adapt to changing circumstances. As a result, UN Global Compact initiated and presented the Statement of Support for Renewed Global Cooperation — signed by 1,000 CEOs from over 100 countries — to UN Secretary-General António Guterres at the annual General Assembly. My role was to lead, oversee and develop the visual communications that supported the 75th anniversary of the UN, while commemorating 20th anniversary of the UN Global Compact. 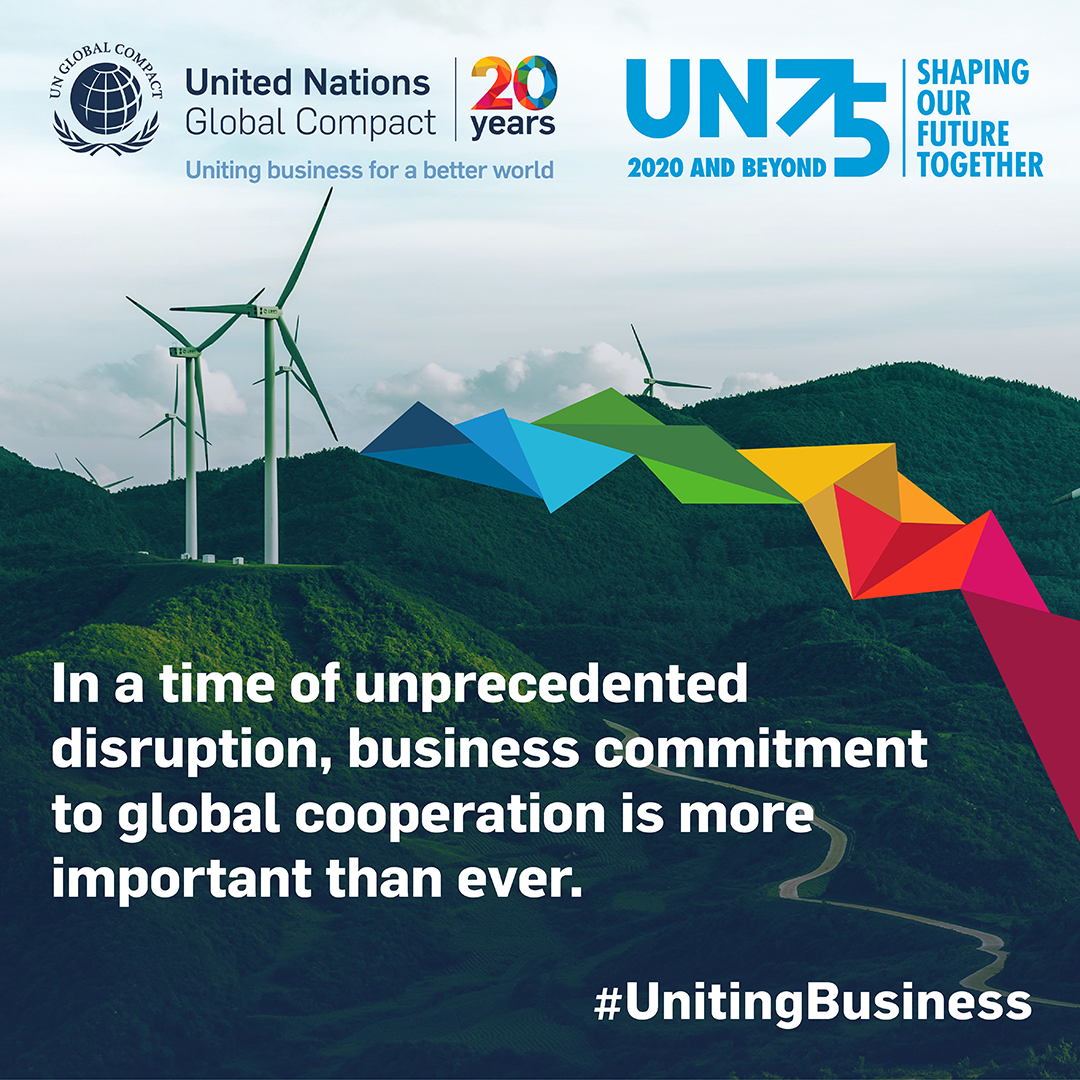 The animated Statement of Support for Renewed Global Cooperation and the social media call to action.

One statement, 100+ countries and 1000+ CEOs social media announcement.
SOCIAL MEDIA CAMPAIGN
In addition to the Statement of Support that targeted world CEOs, UN Global Compact has also run a global social media activation. All staff, employees and supporters of participant companies and non-business stakeholders were invited to demonstrate their role in uniting in the business of a better world on 24 October — the UN Day (globalcompact.un75.online). The social media campaign consisted of eight colorful frames covering top issue areas such as human rights, equality, justice, peace and others. The social media campaign was also translated into six UN languages.

Left: the message from the CEO inviting people to participate in the social media campaign. Right: Instagram grid of the message and the infographic illustrating the results of the UN75 global survey.
↑back to top